In memory of David  Blank

A good man left us on February 4th, 2017.  The Lord called him home and my faith lets me know that he is in a better place.  He has no more suffering, he is finally without pain.  A family has lost a good husband and father, the men and women in the Fire Service have lost a good brother, those who were blessed enough to call him friend have lost a good friend, and the Town of Boston has lost a good citizen.

A few knew his passion for correcting the grievous situations in our Town, they knew his direction and purpose, they knew his fortitude, and they will pick up his flag.  Rest well dear friend. 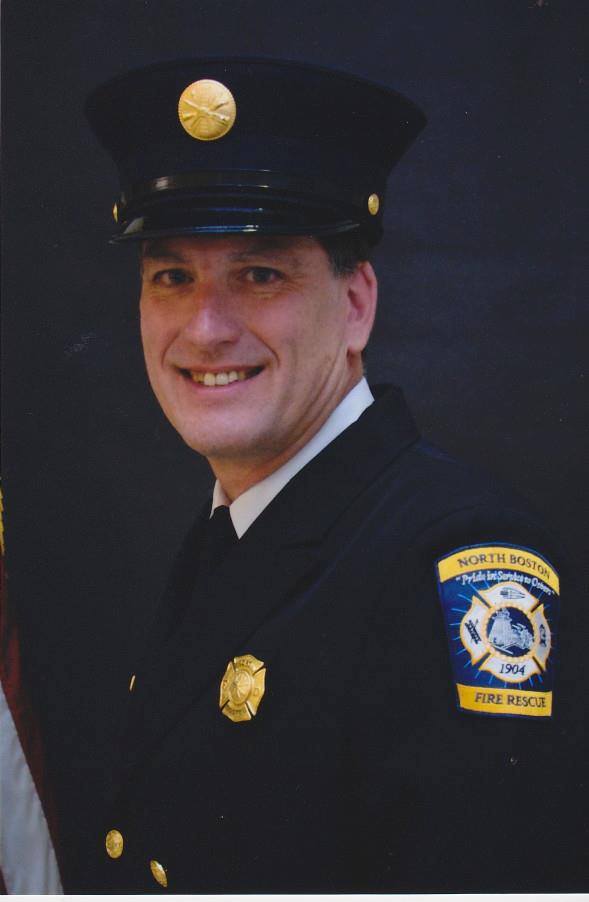 The members of the North Boston Volunteer Fire Company are saddened at the death of past Chief Dave Blank.  Dave, a 28 year member of the Fire Company, joined on January 11, 1988.  Dave held the offices of Director, Lieutenant, Captain, Assistant Chief, and Chief of the Department. Over the past years Dave has fought a courageous battle with his illness. Dave asked for other fire companies support and found what a true brotherhood the Fire Service is.  Dave received shirts from Fire companies around the world, and he proudly wore one each day during his fight.  Our thoughts are with Dave's family at this time.

We will miss Dave's additions to Facebook, on the Fire Company page as well as his own. Giving us heads up on the weather, training ideas for the company, and his updates and travels.

Dave - Rest in Peace Brother, you fought a good fight and never gave up. God Bless you!!
Click or tap here to see the Channel 2 News report about Dave... 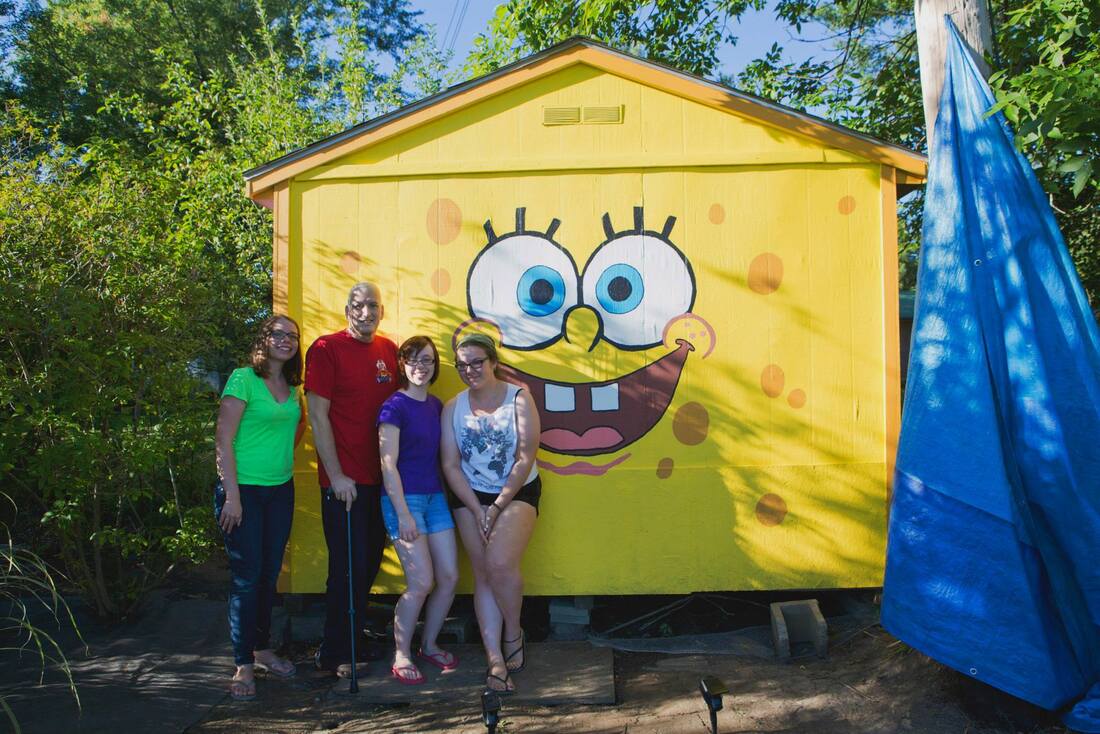 For the past few years, many children riding down Boston State Road through Boston have been delighted to see the face of a familiar cartoon character along the side of the road. A smiling Spongebob face greets everyone who passes by, but few know the heartwarming story behind it. It all started with North Boston firefighter and local resident Dave Blank.

When the popular TV show first came out several years ago, Dave used to joke with his daughter, Brianna, about painting the back of the shed in their backyard to look like Spongebob. Many years went by without any plans ever materializing.

In 2014, Dave was diagnosed with cancer. During his stay at the hospital, his family and friends came together and decided to paint the yellow cartoon man on his shed, just the way he had always joked about. When Dave returned home from his chemotherapy treatments, the group surprised him with a special ceremony, and revealed the newly painted shed after pulling away a tarp. He was overwhelmed with happiness and started to tear up.

Dave passed away in 2017 from cancer complications, but the story doesn't stop there. The simple shed continues to bring joy to drivers and passengers every day as they see Spongebob's huge, welcoming smile across a field, a beacon of happiness for young and old alike.

Brianna stated, "I hope that it can remind people that there is still a lot of love and good in the world. That we can still brighten people's spirits no matter what they may be going through. At the end of the day, it is a memorial for my father, who gave cancer everything he had and then some.  From there, it transformed into a friendly reminder to not take life so seriously, to treat each day as if its your last, and to be kind to others."