On May 21, 2016, Mike, his friend, and his friend's elderly father were fishing for perch on Lake Erie as part of a Southtowns Walleye Association fishing event.  Because the early morning was quite cool, all were dressed warmly with several layers of outerwear and warm footwear.  While working with the anchor and line, his friend fell overboard into 60 feet of still-cold lake water.  His friend was able to regain a grip on the boat, but due to the shock of the cold water he was thrown into a panic and was unable to move or respond to commands.  Mike's training during his more that 40 years as a member of the Boston Fire Company had taught him that short survival time in cold water was his most immediate problem.  With his friend panic-stricken and unable to help himself, Mike had to think and act quickly.  With brute strength, Mike reached over the side of the boat, grabbed his friend by the belt and hauled him and his now-drenched clothes back into the boat where he was able to return to shore and get further assistance.  If Mike had not been able to move quickly to rescue him, his friend would very likely have lost consciousness and drowned.

Congratulations Mike!
Mike and Fellow Fireman at his Award Ceremony in Lake Placid 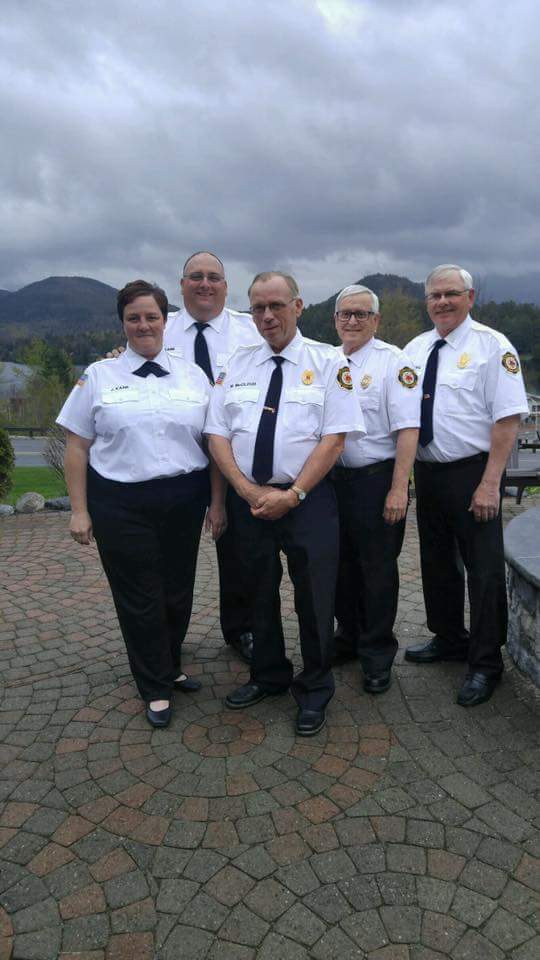 Mike and his Awards from the Southtowns Walleye Association